Dictionary.com definition of a fucker as an inconsequential, annoying, or disgusting person.

How I learned about the first fucker in Thailand

When I first heard someone say to me, “Thailand is full of fuk-rs,” I thought that person was on crack. Then after reading what people (mainly farangs) are doing and saying about Thais, I have changed my mind and here is why:

Bare with me for a quick anecdote…

Back in 2011, I was travelling to Davao City, Philippines, and I came across an older Dutchman. He was at least in his late 60’s or 70’s. He said he was a retired medical worker from the Netherlands, and he spoke English, German, Dutch and two other languages. He was visiting one of his friends who were staying at the same hotel I was at, and that was how I bumped into him. He said he moved all his belongings from the Netherlands in a container, and now he lives on the outskirt of Davao City.

The retired Dutchman and
his Filipino freinds

One day, I got a chance to visit this old Dutch man’s home. I looked around noticing all the nice things he brought with him from the Netherlands, and I wondered why he picked the Philippines to live out the remainder of his life.

I didn’t understand why this old Dutchman or anyone wanted to live in the Philippines.

I have been to both Thailand and the Philippines, and I have to say out of the two countries, I think Thailand is a much better place to live. I even talked about this to some of my Filipino friends back home and other Filipinos I met while travelling, and they all agree that Thailand is a more comfortable place to live.

I’m not trying to bash the Philippines. Thailand is not perfect either. Both countries have their pros and cons, but if you add up all the advantages, I think Thailand wins. That’s all I’m saying.

So I was curious about this old Dutchman, retired, well educated, came from a wealthy country. He could have easily picked any country and city to retire in, but he decided on the Phil? So I asked him why he didn’t go to Thailand, and he said two things:

At the time I was laughing because I didn’t believe him. I told myself he was an old guy, and he didn’t know what he was talking about. Besides, he had never been to Thailand because he genuinely believed all fuk-rs live in Thailand. Just because some people in his home country believe only fuk-rs go to Thailand doesn’t necessarily mean it’s true. Right?

This was back in 2011 and I still didn’t believe him…. UNTIL

Until I was planning to move permanently to Thailand, and I was doing some preparation by searching and Googling things about Thailand, I came across a site called LivingThai dot org owned and operated by an Australian guy named Christopher (Chris).

At first, I found much of Chris’s postings interesting. Some of the stuff was entertaining, some I could relate to, and some I thought I’d try myself when I’m in Thailand. Then some postings made me realize and understand what the retired Dutchman was talking about.

After reading some of the posts from LivingThai dot org by Christopher, I finally understood what that old Dutchman was talking about. Thank you livingthai dot org for making me understand that many fuk-rs do live in Thailand.

If there’s a king of all fuk-rs in Thailand, in my opinion, this Christopher Simmons guy from livingThai dot org is the king of all fuk-rs because he’s making a living writing about how others can be fuk-rs too. But not in those exact words.

For example, Chris wrote in his blog:

First off, I’m Thai, and I just happened to grow up in the West. I lived in a Thai family all of my life, and I have never heard the term Gik or Kik. Ever! And I”m trying very hard to recognize what a Gik or Kik is but nothing is clicking. I think Chris has been hanging around with the wrong people in the wrong places. Assuming affairs are normal, like eating pie, is just wrong and not true at all.

I have been living in Canada for three decades, and I know there are many Thai words I do not know. I’m not saying there isn’t the term Gik or Kik. But my point is a typical Thai family don’t use this term or teach their kids about it.

Having an affair is a bad thing in the eyes of Thais. I’m sure Thais have just as many affairs as many other countries around the world, but to assume all Thais have affairs based on one or two incidents does not mean all Thais have them.

For one, my grandparents on both sides were married all their lives – never divorced. I never heard of any stories about my grandpas having a second wife or “mai noi” or a “kik.” Even my grandfather who was a very wealthy business man during his youth and owned property all around Ubon, I never heard of him having an affair.

The same for many of my aunts and uncles in Thailand as well as in the West. If they had an affair, they wouldn’t talk about it or do it in public. So it is not a normal thing to have an affair in Thailand or with Thais. If you think it is, then I think you are a fucker, and you should get out of Pattaya, Phuket and Chang Mai to experience the other side of Thailand outside of the sex trade.

My family came from Isaan. I was born in Isaan, and I don’t think we are all that bad of people. So I think he’s talking about “staying away from Isaan girls who work as prostitutes.” Those Isaan girls are probably hookers, and yes they make bad partners and wives because they are primarily interested in your money.

I can give you many more examples, but I think you get the idea.

I don’t think all Thais work in the sex trade and not all farangs are sex tourists or fuk-rs.

The real problem is not Thailand or the Thai people. I think the main problem is farangs who go to Thailand to live in or vacation in the tourist areas which have a high concentration of prostitutes and other sex workers. They stay in places like Pattaya, Chang Mai, Phuket or even parts of Bangkok. Thais working in the tourist trade or working in the sex trade represent about 5% of Thailand, and they do not represent all of Thailand.

The above name is not my real name. I like to stay anonymous just like Clark Kent as Superman and Tony Stark as Iron Man. The above post is based on my personal experience or experience of others that I heard or read about. I do not guarantee the information are complete, accurate and you should not rely on it. Any reliance you place on such information is therefore strictly at your own risk. This post is for entertainment and general information purposes only.

Keyframe5 is not responsible for comments or reviews provided by external users for the accuracy, authenticity or reliability of the content. Read our Terms of Service.

2 thoughts on “Is Thailand full of fuk-rs?” 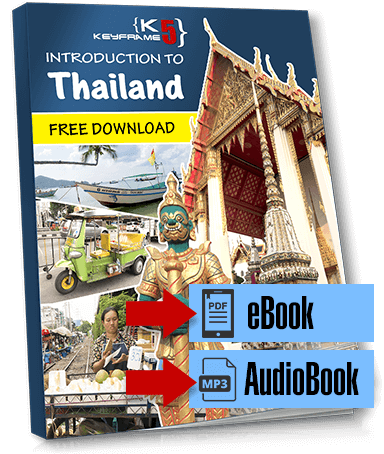